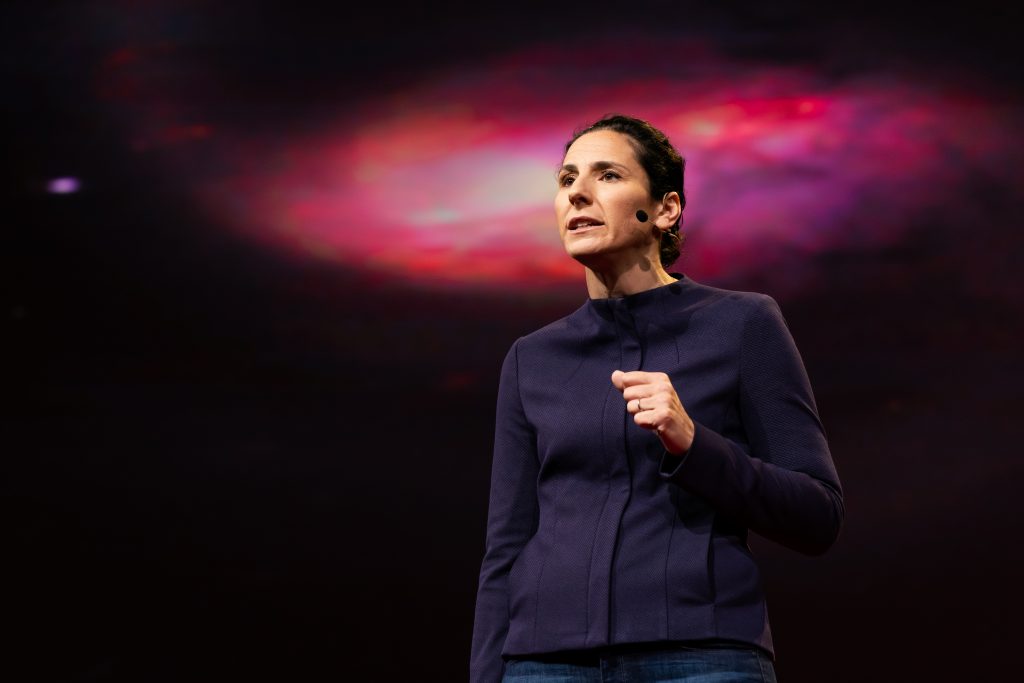 The award includes a residency at the Solvay Institutes in Brussels, during which Prof. Kollmeier will deliver a series of lectures on her research. She will also deliver a lecture to the public that will focus on the biggest questions in physics along with our place in the cosmos and our imperilled future as a species. These themes will form some of the main motivations for the new School of Cosmic Future that she is spearheading at the University of Toronto.

“I am thrilled to congratulate Juna on being selected the 2022 Jacques Solvay International Chair in Physics,” says Melanie Woodin, dean of the Faculty of Arts & Science. “Her appointment to this role is a testament to her strengths as a passionate scientist, mentor, esteemed scholar, and ambassador for astronomy and astrophysics research at the Faculty of Arts & Science at U of T. Given this, Juna is ideally placed to lead conversations on the biggest questions in physics and engaging the public in understanding our universe.”

The School of Cosmic Future’s founding principle is that all humans are natural-born scientists, each with an “inalienable right” to scientific inquiry. Her lecture will explore why it is incumbent upon professional scholars both to clearly understand and articulate this and to ensure that the techniques and tools of modern science are accessible and cogent for all members of society. Ultimately, the aim for the School is to create a crucible for critical and scientific thinking that can help solve the greatest predicaments and puzzles that face our species. Regarding the School, Kollmeier elaborates, “Our place in the cosmos is not special, but it is precious. We must comprehend our cosmic origins, while driving toward a positive cosmic future.” The existential threats facing humanity have a devastating potential to limit, and indeed terminate, all intellectual inquiry. Both in terms of practical economic impact and as an anchor of a worldview that advocates reasoned problem analysis and solution, the importance of the physical sciences and their mathematical basis for civilization has never been greater.

Her scientific lectures will focus on how SDSS-V is ushering in a new era of astrophysics through its time-domain spectroscopic survey of about 5 million stars in the Milky Way, 400,000 black holes and more than 25 million contiguous spectra over 3,000 square degrees on the sky. With its three scientific Mappers – the Black Hole Mapper, the Milky Way Mapper, and the Local Volume Mapper – SDSS-V will be the first all-sky time-domain spectroscopic survey designed to interrogate the physics of black holes, stars, and galaxies.

The Solvay Institutes are renowned for their Conseils Solvay, an invite-only triannual conference that has shaped the course of physics since 1911, when Einstein and Poincaré met for the first and only time. Reflecting on the honour, Kollmeier said, “When I consider the universe in 1911 and the universe today, it is quite remarkable. Our understanding of our universe is much, much deeper but some of the great puzzles remain. We can envision a future, where these puzzles are solved. And equally well, we can envision a future where we are all erased. I am honuored to have the opportunity to speak to the Solvay community, and especially the students, about this special time in which we live.”

Colleague and Professor Peter Martin, who co-founded CITA and established UofT’s Dunlap Institute, and who has been working with Kollmeier as she develops the School, remarked, “I am absolutely delighted to see Prof. Kollmeier receive this international recognition for her inspiring leadership.”