The Canadian Institute for Theoretical Astrophysics (CITA) is a national centre of excellence hosted at the University of Toronto in Canada comprised of a critical mass of world-class theorists  producing a high level of research activity  on current questions about the origin, evolution and fate of the universe.  CITA’s mission is to be crucial to the maturation and vitality of the discipline in Canada and internationally, and to provide authoritative information on astrophysics to the general public and public bodies.Theorists at CITA are working on primitive meteorites, planets and planetary systems, the formation, life cycles and death of stars, the interstellar medium, stellar remnants including black holes, neutron stars and magnetars, gravitational waves from the collisions of massive objects predicted by general relativity, galaxies and the early universe, large scale structure and the cosmic microwave background radiation.

Over the last 40 years, the increasing power of computers and the development of sophisticated numerical methods have allowed numerical simulations to emerge as one of the key components of modern astrophysics. It is now possible to run an “experiment” on a computer and “see” what happens when black holes and neutron stars collide, what happens in accretion disks around black holes, or watch galaxy formation over the time-span of the universe, or the development of a proto-planetary system around a young star. 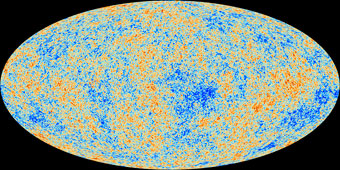 galaxy for study, and to see what lies in the background. This technology has enabled the clearest map of the Cosmic Microwave Background ever.

There are two broad classes of numerical simulations which are being pursued at CITA. Hydrodynamic codes are used to simulate astrophysical gas flows while N-body codes are used to follow the evolution of systems with millions (even billions) of gravitationally-interacting particles.  Thus, a hydro code might be used to study gas as it flows into a supermassive black hole (a process occurring at the center of our Galaxy) while an N-body code could be used to study the dynamics of a galaxy (which can contain many billions of stars). It is also possible to combine these two types of codes and simultaneously follow the evolution of gas and particles in a system.

Astrophysicists benefit tremendously from developing efficient, accurate numerical codes that have low memory overhead and are optimized for performance to make the best use of computational resources.