Albert Einstein predicted the existence of gravitational waves in 1916 as part of the theory of general relativity. He described space and time as different aspects of reality in which matter and energy are ultimately the same. Space-time can be thought of as a “fabric” defined by the measuring of distances by rulers and the measuring of time by clocks. The presence of large amounts of mass or energy distorts space-time — in essence causing the fabric to “warp” — and we observe this as gravity. Freely falling objects — whether a soccer ball, a satellite, or a beam of starlight — simply follow the most direct path in this curved space-time.

When large masses move suddenly, some of this space-time curvature ripples outward, spreading   the way ripples do on the surface of a pond. Imagine two neutron stars orbiting each other. A neutron star is the burned-out core often left behind after a star explodes. It is an incredibly dense object that can carry as much mass as a star like our sun, in a sphere only a few miles wide. When two such dense objects orbit each other, space-time is stirred by their motion, and gravitational energy ripples throughout the universe.

In 1974 Joseph Taylor and Russell Hulse found such a pair of neutron stars in our own galaxy. One of the stars is a pulsar, meaning it beams regular pulses of radio waves toward Earth. The Hulse-Taylor  and his colleagues were able to use these radio pulses, like the ticks of a very precise clock, to study the orbiting of neutron stars. Over two decades, these scientists watched for and found the tell-tale shift in timing of these pulses, which indicated a loss of energy from the orbiting stars — energy that had been carried away as gravitational waves. The result was just as Einstein’s theory predicted, and the discovery earned Hulse and Taylor the Nobel Prize in 1993.

LIGO will detect the ripples in space-time by using a device called a laser interferometer, in which the time it takes light to travel between suspended mirrors is measured with high precision using controlled laser light. Two mirrors hang far apart, forming one “arm” of the interferometer, and two more mirrors make a second arm perpendicular to the first. Viewed from above, the two arms form an L shape.

The space-time ripples cause the distance measured by a light beam to change as the gravitational wave passes by, and the amount of light falling on the photodetector to vary. The photodetector then produces a signal defining how the light falling on it changes over time. The laser interferometer is like a microphone that converts gravitational waves into electrical signals. Three interferometers of this kind were built for LlGO — two near Richland, Washington, and the other near Baton Rouge. Louisiana. LlGO requires at least two widely separated detectors, operated in unison, to rule out false signals and confirm that a gravitational wave has passed through the earth. 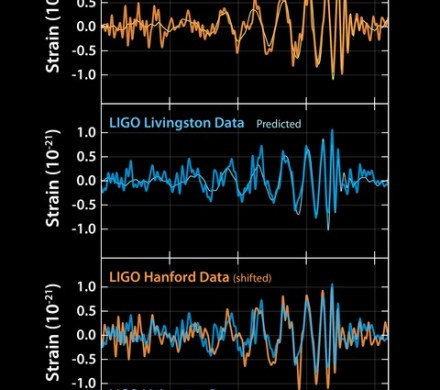 The 2017 Nobel Prize in Physics was awarded to Rainer Weiss, Barry C. Barish, and Kip S. Thorne for “decisiv… 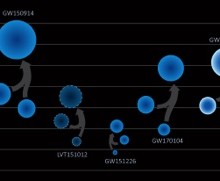 A three-detector observation of a binary black hole coalescence 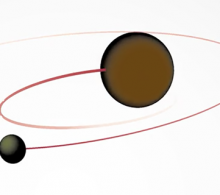 This morning, the Laser Interferometer Gravitational-wave Observatory (LIGO) announced its third detection of…