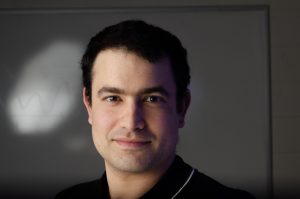 Almog’s research focuses on violent astrophysical transients. These transients include gamma ray bursts, tidal disruption events and even planetary collisions, but the best known are supernova explosions. These explosions affect almost every subfield in astrophysics. They regulate the formation of stars in galaxies, produce heavy elements, accelerate cosmic rays and create neutron stars and black holes. Supernovae have been used to measure the history of the expansion of the universe. Some authors claim that nearby supernovae left detectable imprints on earth, affected past climate, and some even go so far as to suggest a supernova could have triggered one of the past mass extinctions. However, despite countless observations and years of theoretical research, we still don’t know exactly what kinds of stars explode as supernovae, or how the explosion mechanism works. The main difficulty here is that when supernova is detected, its progenitor star is already destroyed. The challenge is then to use the post explosion data, and tease out clues about the properties of the star before the explosion. Almog uses a combination of theoretical analysis and state of the art computer simulations to uncover the identity of supernova progenitors. Prior to coming to CITA at 2018, Almog earned his PhD from the Hebrew University in Jerusalem.