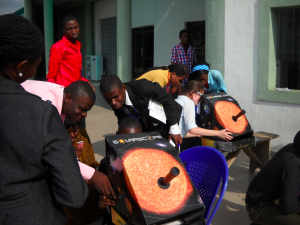 The West African International Summer School for Young Astronomers (WAISSYA) is a week-long introductory course in astronomy for undergraduate science students from around West Africa (and beyond). This is the second time we are holding the school; the first time was in October 2013. Most of our 50 students will be from Nigeria, along with several students from Ghana, the Gambia, Senegal, Egypt, and Sudan. The summer school will be held July 13 – 18 at the Centre for Basic Space Science at the University of Nigeria, in the rural town of Nsukka, Nigeria.

The program came about from discussions at the International Astronomical Union General Assembly meeting in Beijing in 2012, where we met a Nigerian astronomer who was keen to collaborate with U of Toronto astronomers to promote development of astronomy in West Africa. West Africa has a large population and several dozen universities, but only a few university programs in astronomy. Nigeria has a few (old) radio telescopes and two earth-observing satellites; their small number of astronomers are eager to build up a critical mass of astronomers in the region. Africa has further astronomical significance with the Square Kilometer Array being built in South Africa, of which several African countries are partners. The International Astronomical Union set up the Office of Astronomy for Development (IAU OAD) in 2011, whose mission is to use astronomy education and research to promote development, especially in under-served regions. Nigeria is applying to be an IAU “Regional Node” for West Africa (local coordinating hub), and the IAU OAD is supporting our summer school with 7000 euros for student travel. It is also an exciting time politically for Nigeria; the country recently elected a new president (marking the first time an incumbent has lost re-election), and many are hopeful that his presidency will lead to less violence and corruption in the country.

ISSYA instructional team consists of astronomers / educators from Canada, Germany, Nigeria and Gabon. The Canada team has developed much of the curriculum to incorporate evidence-based teaching techniques, including an “inquiry-based” lab, interactive lectures using techniques like think-pair-share questions, and community-building discussions. We will hold a workshop on active learning techniques for our West African co-instructors in Nsukka before the summer school begins, and work together to develop additional active-learning curriculum materials. Canada Team members are: Linda Strubbe (lead: CITA; U of British Columbia), Wolfgang Kerzendorf (ESO Garching), Valerie Murray (CITA / Toronto), Thai Duy Cuong Nguyen (U of Toronto), and Jielai Zhang (Dunlap; U of Toronto).

We are all really excited about exchanging ideas of teaching and learning between Canada and West Africa, with the goal of strengthening astronomy education and research in both places.

The team is extremely grateful for support from CITA. Other sponsors include the Dunlap Institute, IAU Office of Astronomy for Development, University of Nigeria Centre for Basic Space Science, ESO, and UBC.

Further Reading:
– The official website for the summer school: www.astronomynigeria.com
– The International Astronomical Union site about the summer school:
http://www.astro4dev.org/blog/2014/01/29/overview-of-the-project-22/
– An article Linda wrote about the first summer school in 2013 (see p11), which contains some photos as well: tinyurl.com/westafrica-astro. 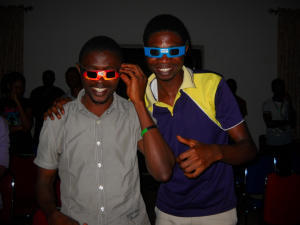 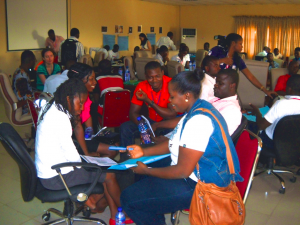 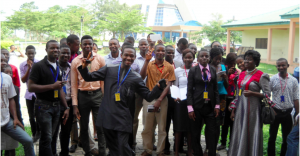